It never rains but it pours

Melbourne's weather has not been very kind of late. Yesterday's deluge hit the city HARD

I was listening to the radio reports yesterday about all the flash flooding the heavy rain was causing.

Well, we had our own flash flood....in my Mum's garage! 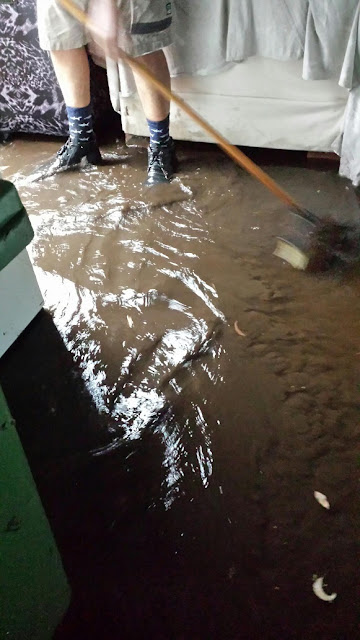 MONT says he only went to the garage to see how it was holding up, but almost got washed away when he opened the door.

Wouldn't have been such a problem, except we've been storing a WHOLE lot of furniture in there that came from my late Aunt's house...as well as some of our own, like that (used to be) lovely cream sofa. 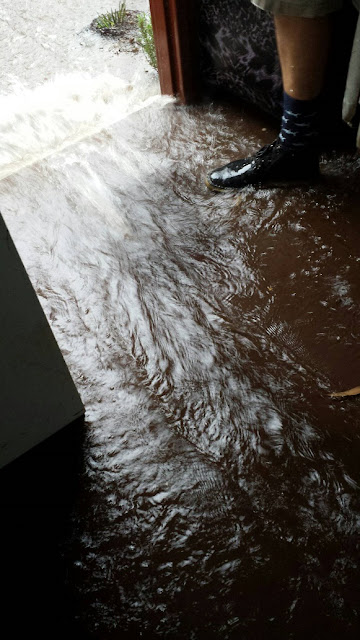 This was what it looked like outside where the drain was obviously blocked!. 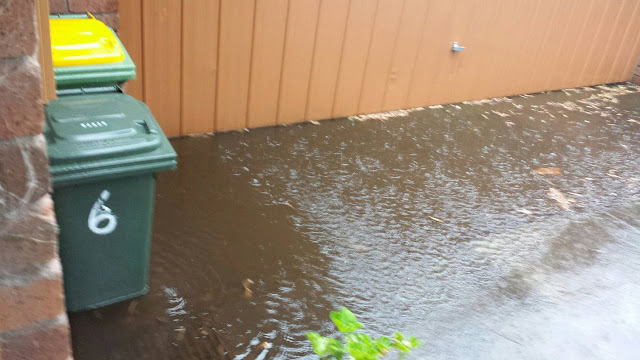 The Plumber's been called to use one of those drill/probe/snakey things to try to sort out the blockage. Hope he gets here quick!

There's still water pooling in there this afternoon. Looks like the weekend will be spent emptying the garage and moving furniture so the place can be dried out...and then we'll have to decide what has to be "turfed" and what can be saved.