The sun goes down in Queensland very early in Winter. Here in Melbourne it's still reasonably light around 6pm...but it's a different story up north. By 5pm you feel like it's time for bed.

The days are mild and sometimes pretty warm ...and the night's are cool and lovely. Perfect for sleeping. We slept with the windows wide open every night.

We drove through torrential rain. It was so heavy the windscreen wipers were working overtime but still didn't allow us to see the road ahead. When we finally rang the front door bell it had eased a little...and we were greeted with open arms and a very cold, long drink! I don't think I've ever been so happy to arrive somewhere.

They bought a small yacht and sailed up the east coast from Western Port Bay...

They lived on their boat on Sydney Harbour for a while - near Birkenhead Point - until deciding the 2000 Olympics were going to make life there more difficult than they wanted it to be. So they sailed north. Settling first at Airlie Beach for a couple of years and then heading south to Buddina on the Sunshine Coast, where they've been ever since. Then last year, tragedy. 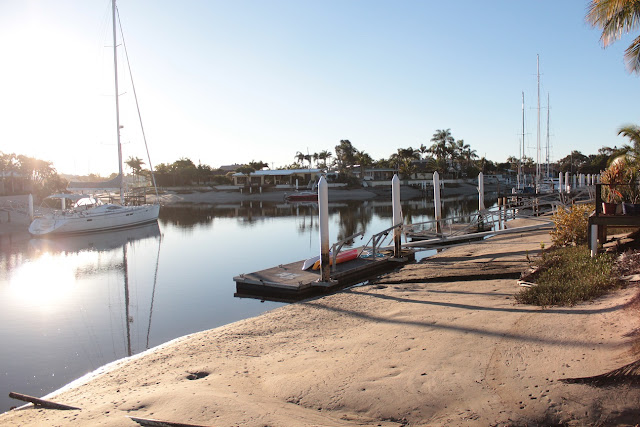 The view from the back of their yard is fabulous. 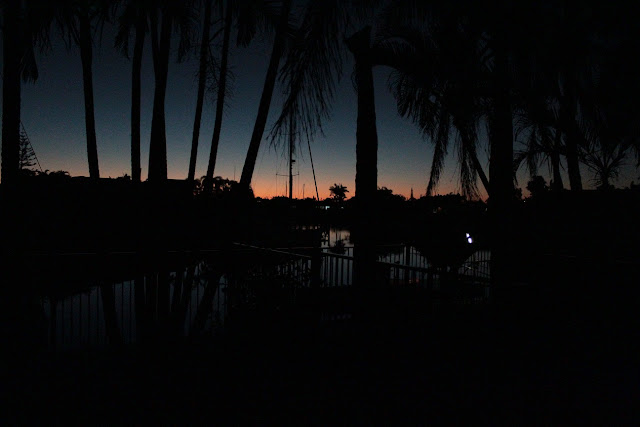 Sunset is glorious from their backyard 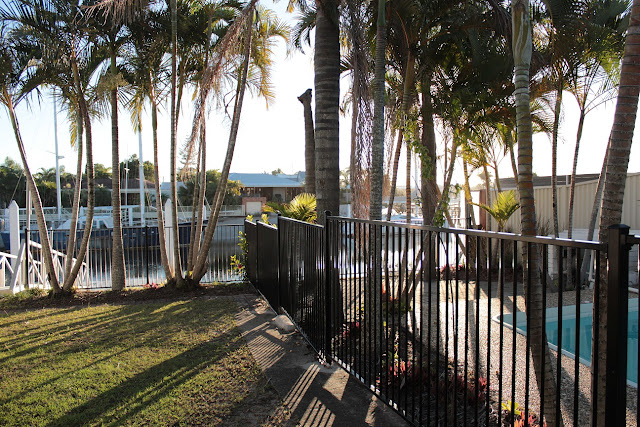 Their pool is lovely, but unfortunately it wasn't quite warm enough for a swim

My sister in law still works part time and has a great life on the Sunshine Coast.

She's decided against moving back to Melbourne to be closer to family. Why would she? She has a life and friends on the Sunshine Coast. Who could blamer her for staying there.

It's been a tough year for her - and our entire family - but  it was lovely being able to catch up and not be worried about shedding a tear while reminiscing....and MONT had a lovely time pottering around in my brother's shed. They had a lot in common - they both love tinkering, modifying and making things.

Posted by Melbourne Girl at 7:02 PM