Baking - make it up as you go along cake

Posted this over at Live Laugh Love and Cook...

No it's not a chocolate cake. 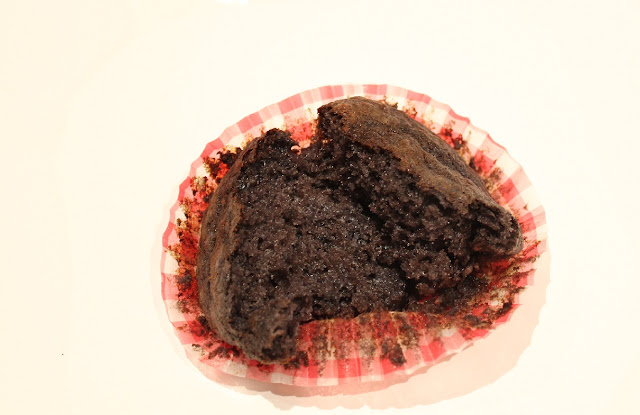 It's a banana and boysenberry cake...or cupcake, whatever you prefer really 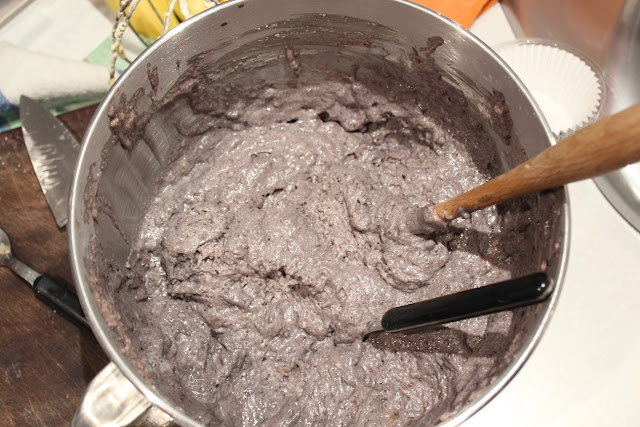 Let me tell you...it's not a pretty cake as you're making up the batter. In fact it looks downright grey and awful 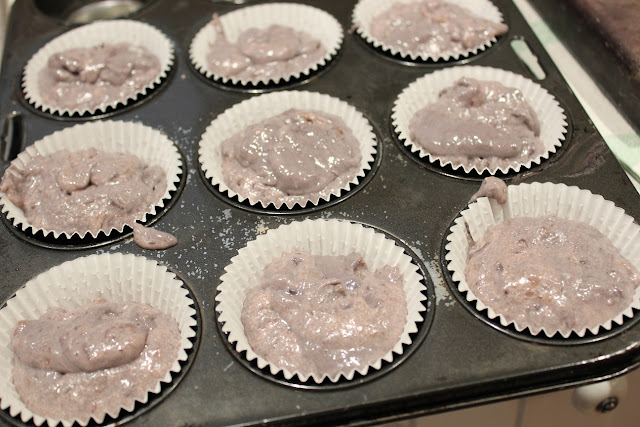 But it's light and fluffy and downright delicious 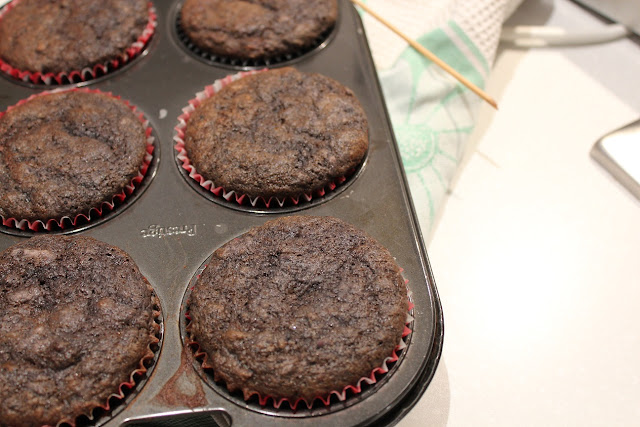 No recipe really...I did it by "feel" meaning if the cake batter feels about right while I'm mixing it up, I take a chance and put it in the oven. It hasn't failed me yet 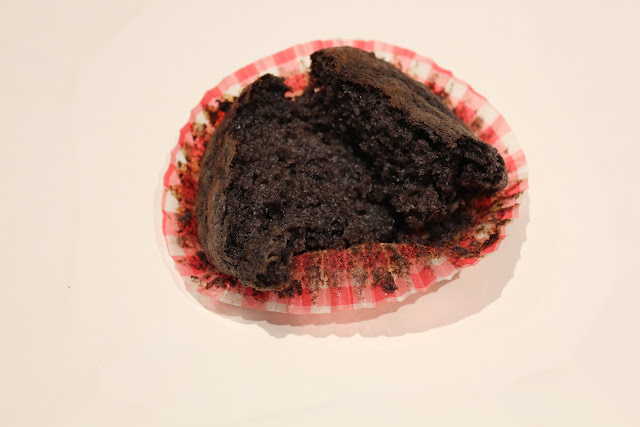 Cake's are just flour, butter, sugar and eggs really, with some other flavouring like fruit or chocolate, whatever you prefer...so they're pretty easy. But as I said this one's not pretty. Tasty but not pretty

Posted by Melbourne Girl at 9:58 AM 1 comments


This is what we're doing today...or should I say MONT is doing today 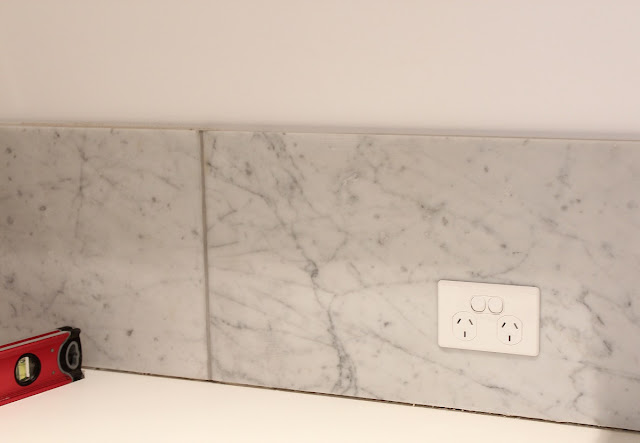 Finishing off the marble splash-back in the little laundry 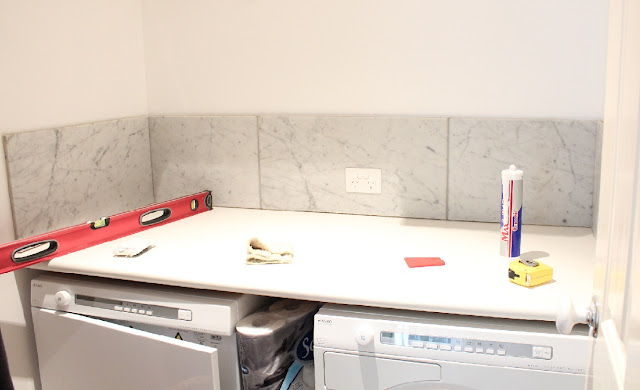 He cut it and glued it to the wall on Thursday. Put the grout on yesterday...and today it'll be finished off so I can start putting everything back in there.

I have to say marble wasn't my first choice. In fact I wasn't expecting to have any kind of splash-back in there because there is no sink or tap in the bench top...but when we were given the tiles for nix, then why not use them.

Cost all up:  about $25 for the grout and grey silicone to go around the edges.

Posted by Melbourne Girl at 8:29 AM 2 comments

ANZAC Day ceremonies appear to be getting bigger and bigger as the years go by....and with good cause

I remember when I was a young girl in the Girl Guides, we always marched with the returned servicemen and women in our little suburban march from the local RSL Club, along the main street and to the park where there was a memorial. Just a hundred or so people, not very many at all. in fact in the 70's and 80's they were battling to get people to take part in the march 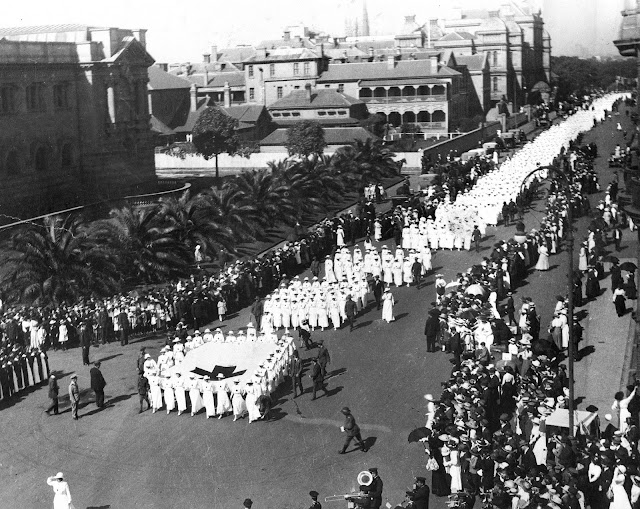 Back in 1919, when this photograph was taken in St.Kilda Road Melbourne, you have to wonder what everyone thought of what they had endured during the Great War, which had officialy ended less than a year before... and what might come in the future

I bet they were wishing and praying that they would never see another war! 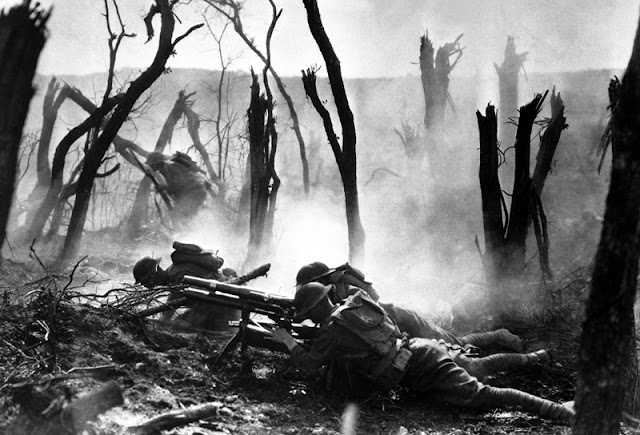 Unfortunately, that wasn't the case

Seems like we never learn from the past...just keep repeating it.

April 25th and November 11 are days that make me extremely sad.

The eagle has landed

It was delivered this morning..all bright and white and shiny 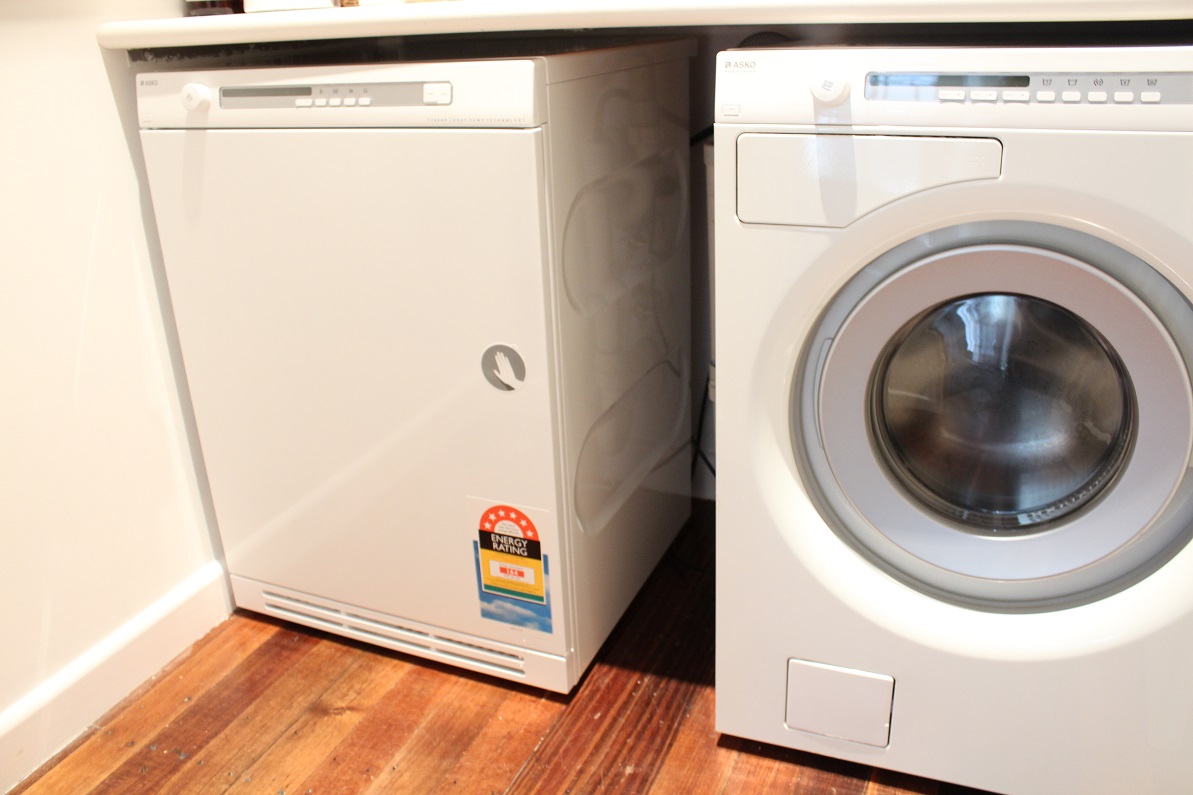 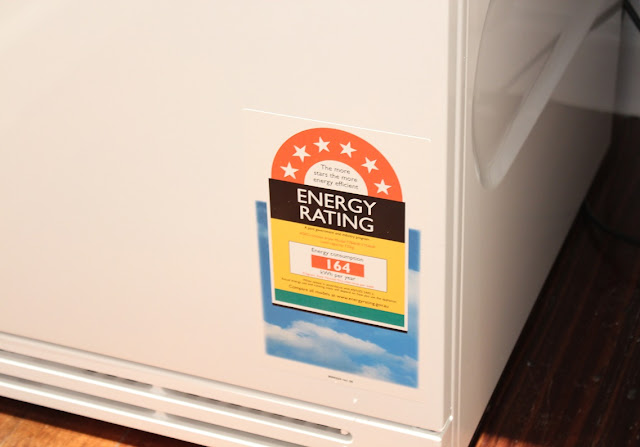 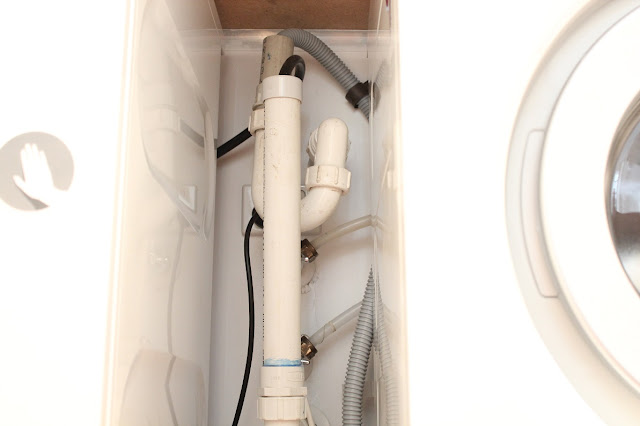 ...and that little black rubber pipe that you can see coming out from behind the dryer and into the top of the plastic pipe? That drains the water from the dryer so you don't get a lot of condensation on the walls in the laundry.
I'm really looking forward to taking this for a spin 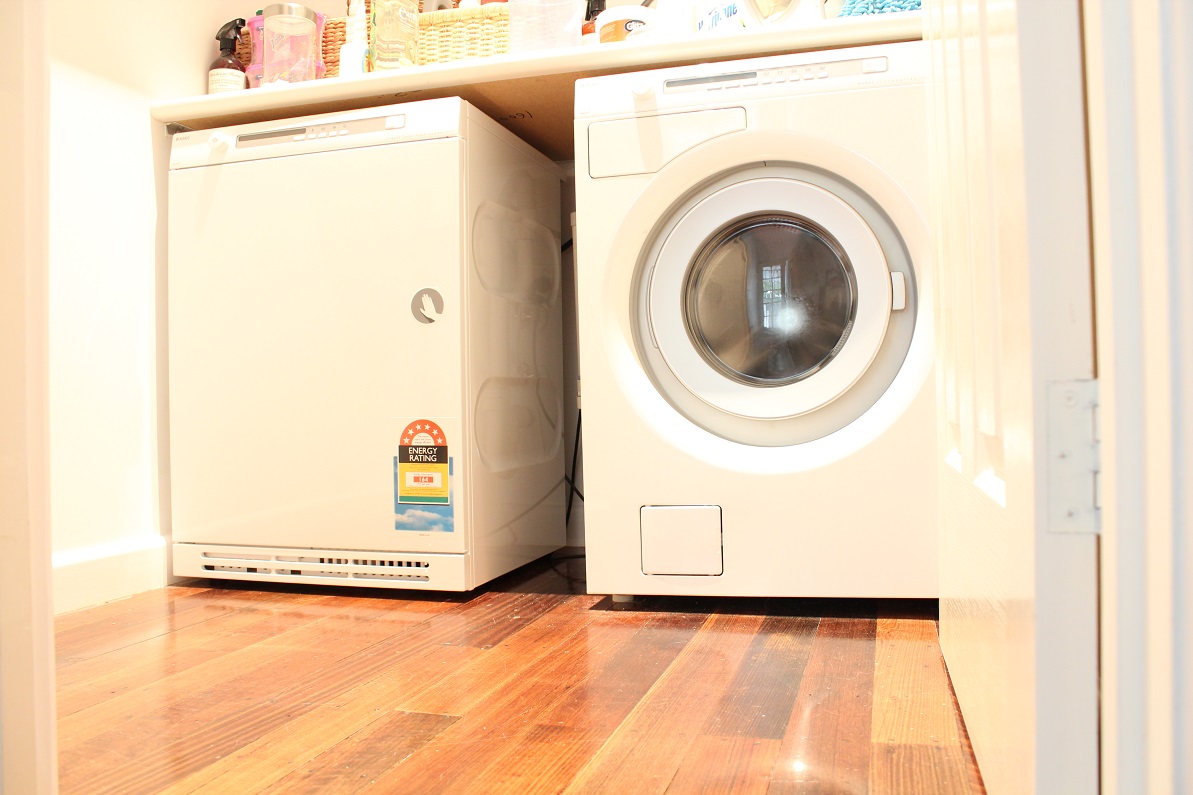 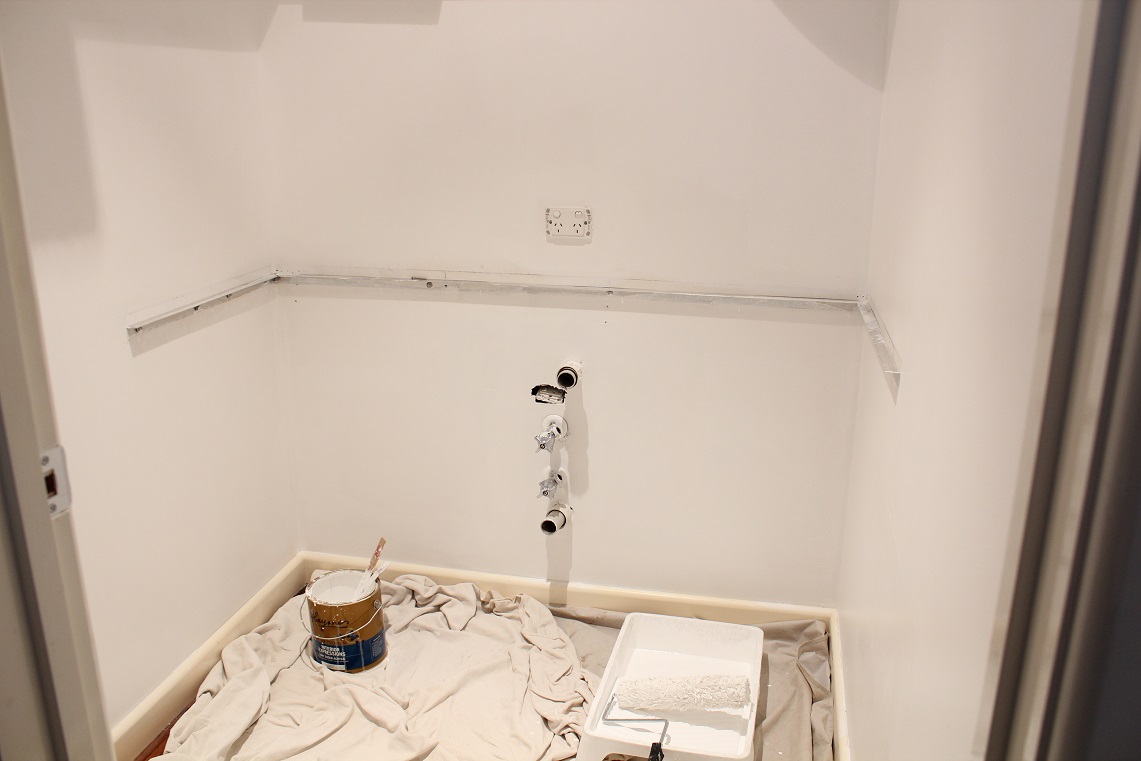 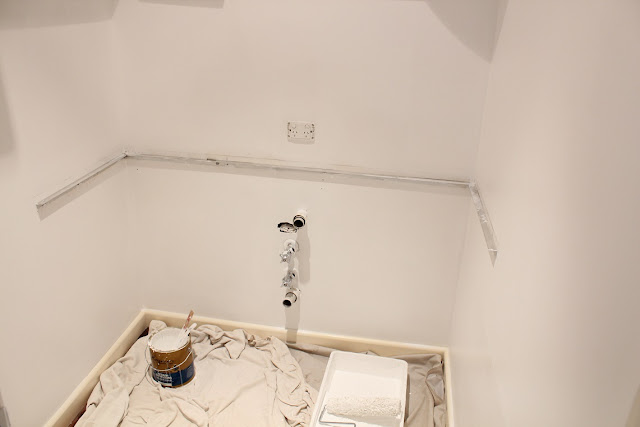 The bracket around the wall is for the benchtop to sit on.

I put the washing machine back...adjusted its little legs and then MONT replaced the benchtop for me

Next job...the marble tiles for the splashback...not that there are any taps or sink for a splashback being required, but there you go. The tiles were given to us so they'll be used up. Waste not want not

The dryer lands on Friday...as does our new solar power system

Should be an interesting day, to say the least

Clear the way for the plumber by removing all bulky items 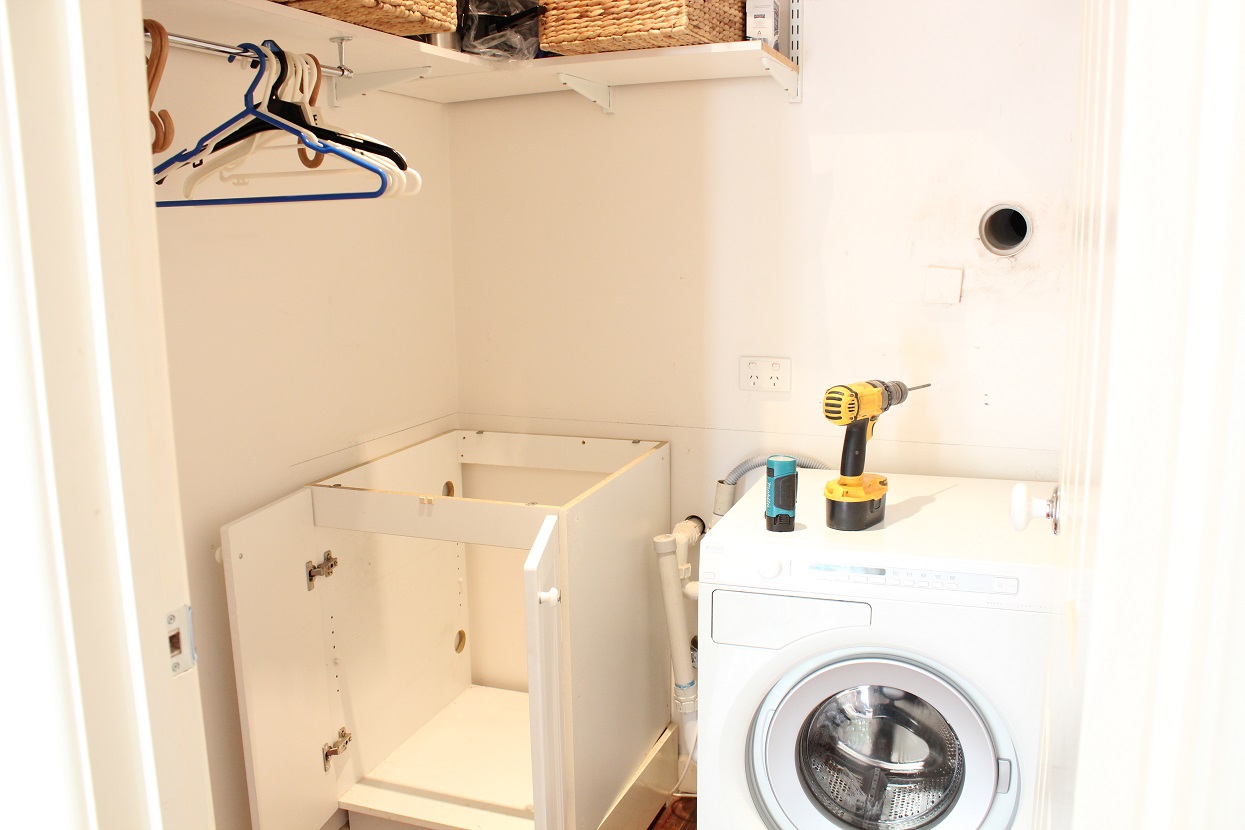 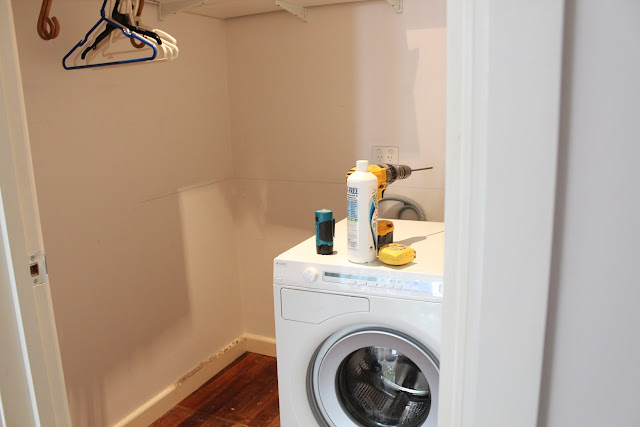 Make a bloody large hole in the wall to expose the pipes... 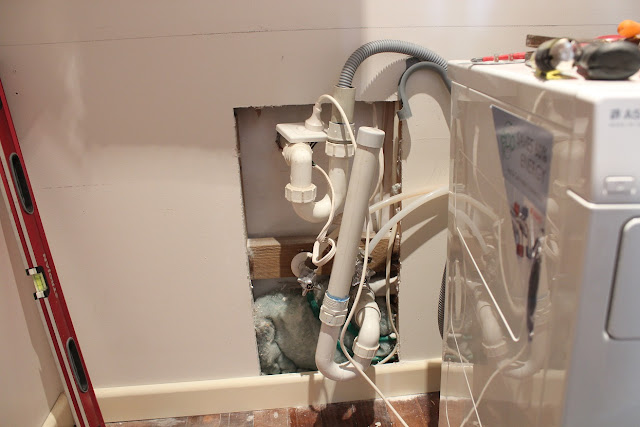 Keep your fingers crossed that we'll be able to get a small plaster off-cut to re-fill said hole.

Buy a bucket full of cornice cement and filler to plug all the holes and dents up, then sand and paint.

Actually this little project's turning out rather well. Our neighbour, who is a builder, has a few spare white marble tiles that he no longer needed, so he's given them to us for the splash-back. I already have all the white paint I need and we're using up some aluminium right angle brackets so the bench top can be put back and not be resting on any of the appliances.

I did it. I went out yesterday and bought a new dryer. 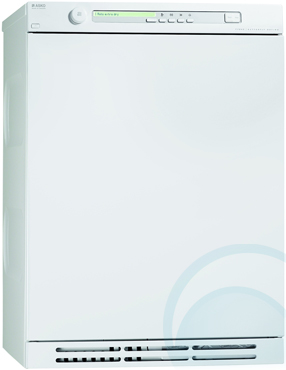 It won't be here for a couple of weeks seeing we need the time to "modify" the laundry/storage cupboard a bit...but at least it's done and I don't have to think about it any more

Well it's one of the energy efficient units that doesn't wreck your clothes... or so I am told
It operates in the same way as a condenser dryer, but instead of having a 2 star energy rating, it has a 6 star rating, which I am told, is pretty remarkable seeing it's a CLOTHES DRYER that usually eats electricity like there's no tomorrow.

Knowing MONT, he'll have his head down and botty up in the little laundry this weekend getting it ready for the new arrival.

Posted by Melbourne Girl at 10:50 AM 0 comments